There is not a one-size-fit-for-all when it comes to workout techniques and building muscle and strength. Straight sets vs supersets are no exception, as they both can be used for your greatest benefit depending on your end goals.

Even though straight sets are the most popular workout foundation technique used by beginners through to advanced, supersets are another tool in the trade for hypertrophy and strength building.

Definitions Of Straight Sets And Supersets

A straight set is one performed from the first to the last repetition to failure or nearly so, depending on your goals. A set of 10 is one performed with a resistance heavy enough to barely enable you to complete the 10th repetition, with good form.

A superset is a sum of one straight set immediately followed by another straight-set. It is a double set, if you like, not to be confused with giant sets which entail multiple sets in succession for the same muscle group, usually 4, a very advanced technique.

A superset by default can be either be implemented for the same muscle group, switching from one exercise to another, or for 2 different muscle groups, typically antagonistic muscles like chest and back or biceps and triceps and so on.

On the contrary, an antagonistic superset hits two functionally opposite muscle groups by performing for example chin-ups followed by military presses or chest presses followed by barbell rows, back to back with just the time in between to switch from one gear to another.

The advantages in both cases are two. One is time-related, in that supersets allow for a greater work-load to be completed in a shorter time while the other is the impact on cardiovascular engagement to some extent.

On the contrary, straight sets by default are more time consuming and less neurologically demanding, though by not any means less effective for muscle building, quite the opposite.

Before you jump to conclusion that supersets are inherently better than straight sets because more time-efficient and more effective for cardio engagement, you must take into account that they do not come without their fair share of cons as well. 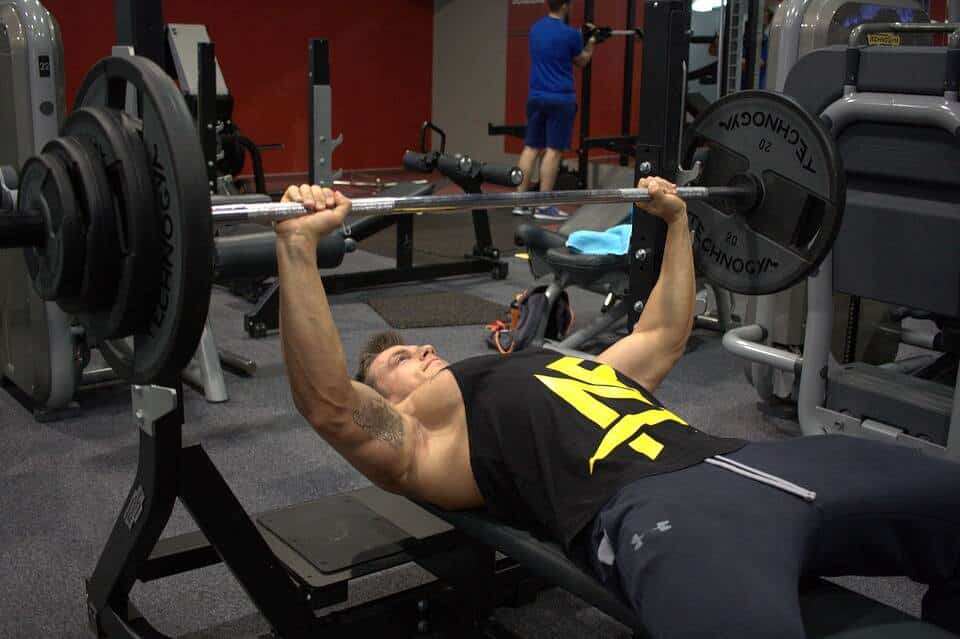 Straight Sets Vs Supersets –  Why Use One Over The Other?

First off, and before you fast forward to designing a new workout routine, it is better to break down these two different techniques to understand what happens when actually performing one or the other.

Straight sets are highly focused because you do not need to think about anything else but completing the actual set. There is no need to arrange another piece of equipment nearby or worrying about the availability of it, an important consideration in crowded gyms.

But most importantly, your mental focus and energy are concentrated on just that exercise and that muscle group.

If you know that you need to perform another exercise immediately afterward, you may subconsciously pace yourself a little bit and not give it all on the first exercise, whether it be for antagonistic muscles or the same muscle group.

With a straight-set, you do not need to worry about extra effort and extra set up times. Then, once your set is over, you can fully rest and prepare yourself to hit the same muscle again with 100% focus.

This is ideal for muscle and strength building. However, it is also true that conditioning and habit can and will reduce the superset focus disadvantage with time, allowing you to perform 2 sets with equal intensity for both exercises, followed by adequate rest.

Even though supersets may be taxing to start with if you are not used to this kind of training, you can work your way up to be conditioned pretty quickly.

Supersets are a little bit a step toward circuit training, but not quite like it, as the number of exercises performed back to back is too limited to elicit the vast cardiovascular response typical of circuits.

Supersets are short enough that you can still focus on muscle building and strength, but not so long that sap your energy like circuit training does. They save time while still being effective for hypertrophy and strength goals.

When Is It Right To Use Straight Sets Vs Supersets Or Vice Versa?

Basically, it all boils down to the routines you usually follow, your personal free time, your conditioning, and also your preference. Depending on these factors, you may want to choose one over the other, notwithstanding that both are effective methods of training. Lets’ go in order.

Suppose you are into full-body workouts 3 times per week in order to accommodate your workout schedule into a busy lifestyle. You do not have time to waste, thus 3 full-body workouts seem to give you the most bang for your time, a very popular choice indeed.

But there is a problem.

Doing straight sets and switching from one exercise to another and one muscle group to the next turns out to be an endless and tedious schedule of single set bouts followed by a lot of rest times between sets.

This means a very long full-body workout. That does not mean that it wouldn’t be effective. Quite the opposite. It’s just that it would take you a long chunk of your free time before you have completed the workout.

So how do you solve the straight sets vs supersets dilemma? 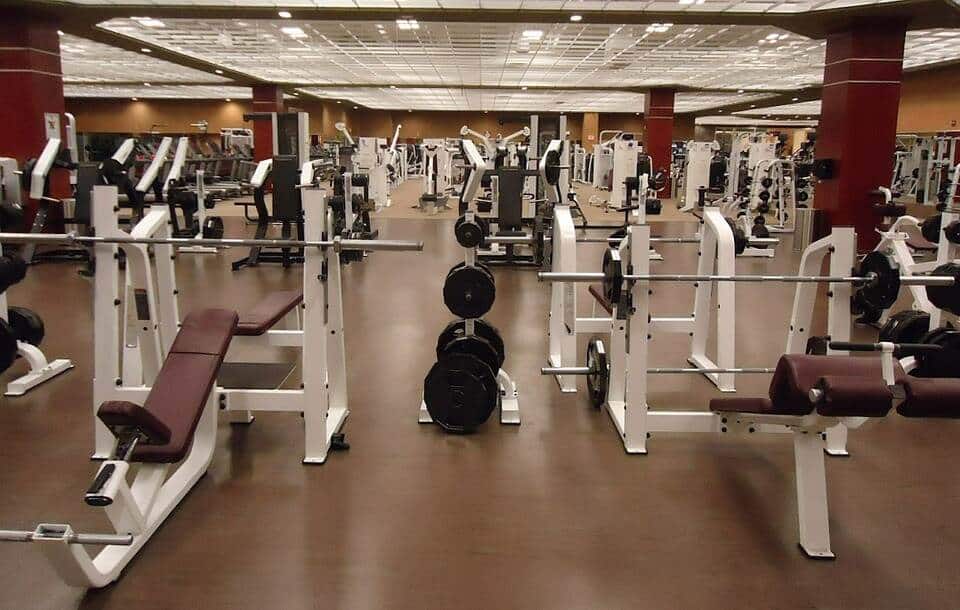 Here is where supersets can come in handy. By switching to an antagonistic superset pattern you can drastically cut down your workout time while keeping the total volume equal, same sets and repetitions, in half the time.

You could also employ the same-muscle group superset model. In this case, you perform two different exercises for the same muscle group back to back, however, the effect on the workout will be different.

Because the second set targets the same muscle and not an antagonistic one, you will have to reduce the weight you would normally use for that exercise when starting fresh because now your muscle is already fatigued from the first exercise.

In essence, the second exercise acts as a kind of drop set. However, it is not exactly a drop set in that the exercise is different from the first one and will target the muscle fibers from a different angle and with a different range of motion, but you still need to be prepared to reduce your normal resistance for that exercise.

In this scenario, whether you choose antagonistic vs same-muscle supersets will depend on your goals. The antagonistic pattern will cut downtime while giving you a good all-around workout for the whole body and will allow you to handle the greatest weights with an emphasis on strength as well as hypertrophy.

The same-muscle pattern will still cut downtime while stressing more the metabolic effect for hypertrophy, but less so strength, therefore you need to accept a reduction of resistance for the second exercise of any given superset. 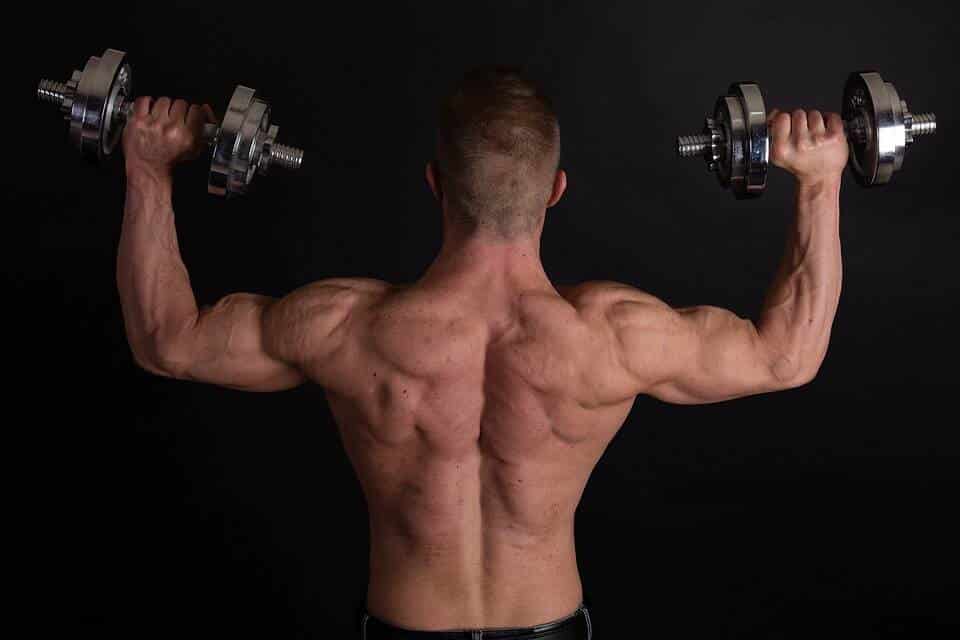 You have the time or prefer, to workout more frequently doing splits. Suppose you workout 4 times/week or even 6/week. Your split routine could be something like push/day, pull/day, legs, and so on.

Workout sessions will be shorter than full-body workouts but you can dedicate yourself with a better focus to a specific muscle group. In this case, straight sets make much sense, as you would not waste as much time as in a full-body workout session, even if you need to rest considerably between sets if you follow a strength protocol.

However, if hypertrophy is your main goal above pure strength, then a same-muscle superset pattern will accomplish just that while cutting time along the way.

This would result in a high-frequency workout protocol with very short sessions, ideal if you train at home or even in a gym and you want to keep sessions effective but as short as possible.

There are countless other scenarios you may find yourself in and your choice of straight sets vs supersets is entirely up to your goals and time commitments.

Your Time – Which Goes Hand In Hand With The First Point

Regardless of your current routine or preferences, we all live a hectic life and free time is becoming unfortunately a rare commodity.  Never mind what you would like to do, if time is on the short side, supersets are the way to go even if straight sets would have been your first choice.

On the contrary, you may have a good amount of free time at your disposal but still want to get the workout business done quickly and then get the hell out of the gym and enjoy life. The choice of straight sets vs supersets is yours.

Your Level Of Fitness

This is an obvious one. While supersets are not as demanding on your cardiovascular system as circuit training or HIIT, it is still a noticeable jump in intensity that may surprise you, particularly switching from a pushing compound exercise into an antagonistic pulling compound exercise, and vice versa.

This is not necessarily a bad thing, quite the opposite. However, if you are a beginner or even experienced but all you have done in your training history is just straight sets, then you may need to acquaint yourself with the new demands of supersets.

After all, it is all about performing the same workload in half the time, so it obviously won’t be a walk in the park!

Last but not least, your inclination and personal response play a big role. We are all different and what works well for one person may not be optimal for another one. Do not follow the crowds, be your own judge, test different methods, and see what sticks with you. 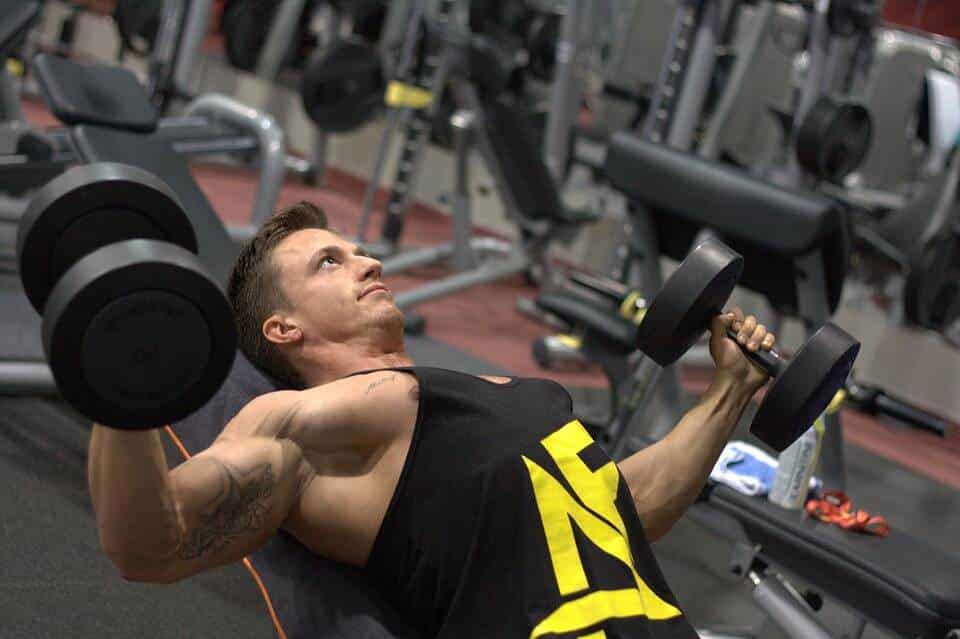 Straight Sets Vs Supersets – Wrapping It All Together

To sum up, if your primary focus is 100% on building muscle and strength, then straight sets may have a little advantage over supersets because they allow you to keep your mental focus on one task at a time, whereas with supersets you spread your mental focus over different movement patterns in a short time.

Even so, resting between straight sets may be a bit of a problem if you let yourself be distracted by your phone or gym chit-chat, further lengthening your overall workout session time, something to consider.

Antagonistic supersets are the toughest ones, as they revolve around switching from one muscle group to an opposite one and have the greatest cardiovascular impact – think of bench press followed by pull-ups.

Same-muscle supersets are more manageable if you are new to this kind of training and while less taxing on your central nervous system, they allow you to squeeze the most out of your targeted muscle area in half the time – think of bench press followed by incline press, or vice versa, or better still bench press followed by cable flyes, a compound move followed by an isolation one.

Just reduce your regular weight for the second exercise, as you normally would for a drop set.

So here you have it, the choice between straight sets vs supersets depends entirely on your needs and preference, as they both are very effective tools in the trade of muscle building.

Jay always had a passion for fitness. A former skinny guy, he built himself 35 lb of lean muscle over the years using different training strategies, going through failures and eventually succeeding, and now wants to share his knowledge with those who value fitness as a way of life.

Add FitnessBond to your Homescreen!