There is a clear relationship between oxidative stress and obesity as both are mainly influenced and caused by a poor diet.

Obesity is currently a disease that has spread throughout our society worldwide. Unfortunately, there is a connection between this pathology and oxidative stress with all the related problems.

It is a significant cause of disease and death and can lead to numerous problems, including metabolic syndrome, diabetes mellitus, cardiovascular disease, liver dysfunction, and cancer. Unfortunately, in more developed countries, obesity affects more and more children.

It has been found that children and adolescents who are obese in most cases will also be obese as adults, thus exposing themselves to more significant health risks.

Recent studies have shown that obesity is associated with low-grade chronic inflammation of the adipose tissue caused by the activation of the immune system within that tissue, which gives rise to a pro-inflammatory condition and oxidative stress.

Therefore, it has been hypothesized that adipose tissue inflammation in obese patients plays a fundamental role in complications related to obesity. Adipose tissue is an endocrine and storage organ, essential in the process of energy homeostasis. 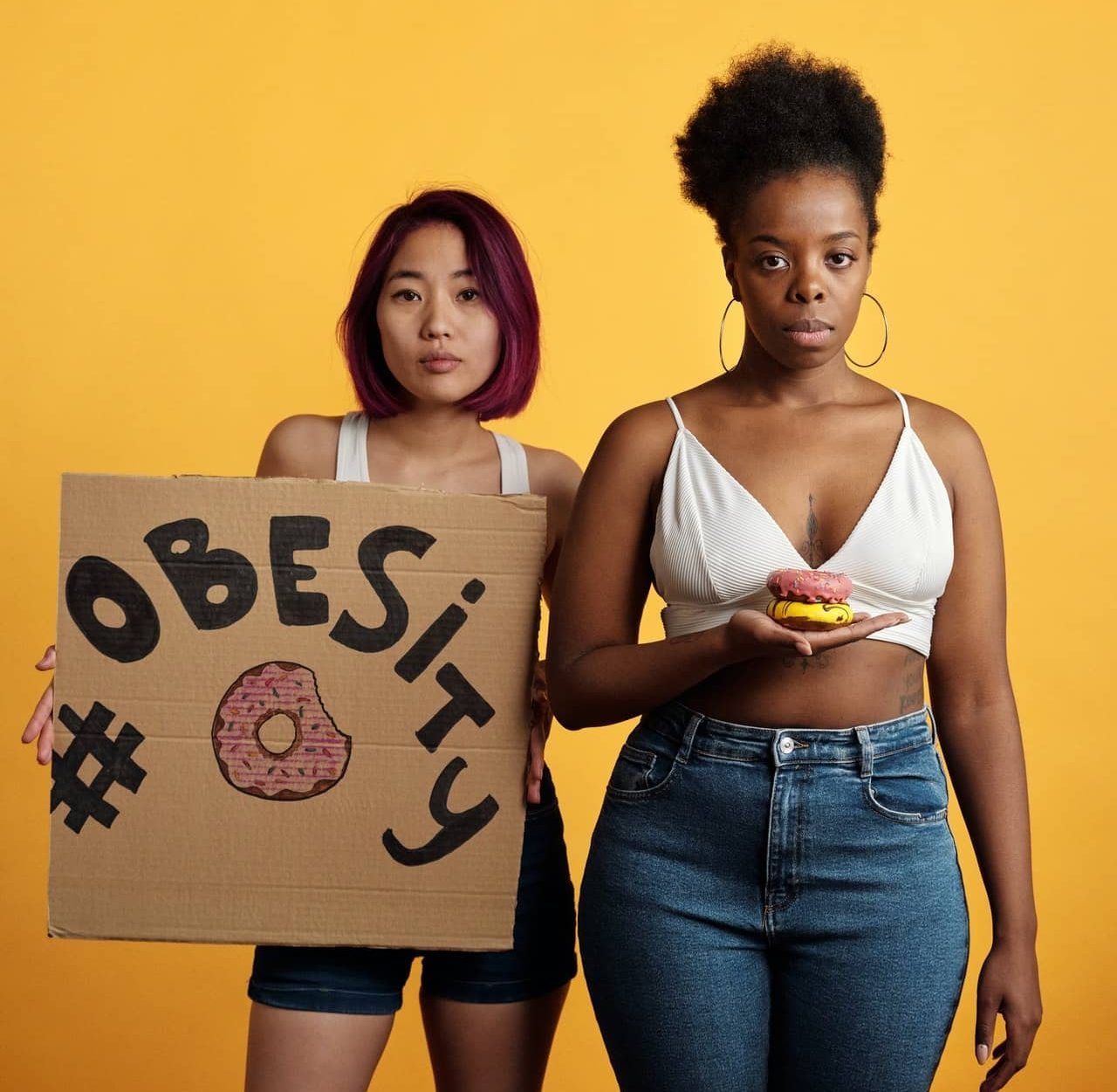 Although obesity as a multifactorial condition is discussed today, the scientific community accepted this idea only recently. Currently, obesity has also been correlated to a hereditary component; animal studies have made it possible to relate it to at least 500 different genes.

Obesity appears as a genetically complex condition that tends to be associated with a series of more or less marked complications like:

These factors can influence each other but are linked to independent genetic predispositions and influenced by lifestyle.

The diagnosis of obesity is based on evaluating the BMI (Body Mass Index), generally valued at greater than 30kg/m2 for both sexes, or by assessing body fat mass greater than 25% in men and 32% in women.

It is now well established that obesity is a chronic condition related to worsening quality of life and too high mortality and morbidity. It is not possible to reduce it only to alterations in nutrition and lifestyle as it seems to be also involved with, in addition to genetic factors, inflammatory, infectious, toxic, and psychiatric phenomena.

Recently attention has also been focused on oxidative stress processes. The term oxidative stress refers to the set of biochemical alterations produced in the various tissues and cells due to exposure to an excess of oxidizing agents resulting in alterations, cell damage, and cell death.

This “stress” originates from the unbalanced relationship between the production of free radicals (ROS and RNS) and endogenous antioxidant systems.

Under normal conditions, the production of free radicals, which occurs in the mitochondria, is physiological essential. It happens at low concentrations to transmit metabolic signals and stimulate the immune response.

The tissues have some antioxidant systems to counteract this production and balance it by reducing the cytotoxicity of free radicals. Antioxidants from food, such as vitamin C, vitamin E, zinc, selenium, or manganese, are also vital in the processes involved in the functioning of antioxidant enzymes.

When the production of free radicals increases and exceeds the number of antioxidants present, the balance is altered, causing oxidative damage to DNA, lipids, and proteins up to the cell’s death.

Some studies have shown a close association between obesity and oxidative stress with increased metabolic risk.

This stress could be related to obesity by stimulating the deposition of white adipose tissue, which enables the differentiation of pre-adipocytes and the alteration of food intake through the centers of hunger and satiety.

It is also known that obesity can cause oxidative stress; in fact, the simple accumulation of adipose tissue increases some activities that lead to an increase in ROS production.

In addition to all this, the obese can also experience:

On the contrary, it would seem that the reduction in food intake and body weight affects the decrease in oxidation markers and the improvement of the cardiovascular risk associated with obesity.

Caloric restriction and weight reduction can be practical tools in the treatment of obesity and in reducing the abnormal production of free radicals. The positive effects of this type of treatment have been documented as reducing oxidative damage and inflammation through a low-calorie diet.

On the contrary, the excessive accumulation of fat in obese patients leads to a pathological increase in the levels of free fatty acids (FFA) that impair glucose metabolism. This process determines several consequences, including increased synthesis of free radicals, oxidative stress, damage to the mitochondrial DNA, depletion of adenosine triphosphate (ATP), and lipotoxicity.

It is important to note that adipose tissue is a source of adipokines, including leptin, adiponectin, visfatin, resistin, and apelin. These are involved in the homeostasis of oxidative stress’s physiological and pathological processes differently.

Leptin is a hormone produced mainly by adipocytes directly proportional to adipose tissue mass. Its anorexigenic action causes a sense of satiety. Despite this, obesity appears to be associated with increasing its values. Some data support that when weight loss occurs, there is a reduction in circulating leptin levels and inflammation indicators due to obesity.

Unlike leptin, adiponectin, produced by distinct adipocytes, displays highly anti-inflammatory and anti-atherogenic characteristics. It promotes the oxidation of fatty acids in the muscles, reduces their supply to the liver and the content of triglycerides, and decreases the production of glucose in the liver while increasing the levels of nitric oxide (NO) in endothelial cells.

The lack of adiponectin results from the reduction of nitric oxide and the adhesion of leukocytes, causing chronic vascular inflammation. Exposure of adipocytes to a high level of ROS has been observed to suppress the expression and secretion of this substance.

Visfatin is an enzyme produced mainly through fat cells. Its concentration decreases when weight loss occurs. This molecule produces pro-oxidant and pro-inflammatory effects. Research has shown that visfatin, whose serum levels are higher in patients with inflammatory diseases, induces the production of human leukocytes and pro and anti-inflammatory cytokines.

Resistin, expressed mainly in the monocytes of the bloodstream, has been recognized as an adipokine involved in the regulation of appetite, energy balance, and insulin resistance. Several studies have highlighted the relationship between the production of this hormone and obesity, underlining its role in cardiovascular diseases linked to oxidative stress.

Thus, an increase in resistin concentration induces insulin resistance in the liver and overstimulates the adhesion of pro-inflammatory vascular molecules and cytokines.

Finally, through its interaction with specific receptors (APJ), apelin suppresses the production and release of ROS in adipose tissue.

In conclusion, possible dysfunctions at the level of fatty tissue can determine systemic oxidative stress, which is associated with an irregular production of adipokines that will contribute to the development of pathologies.

Finally, the sensitivity to biomarkers of oxidative damage will be higher in obese individuals and is closely related to the body mass index (BMI), the percentage of body fat, the so-called bad cholesterol (LDL), and the oxidation and level triglycerides.

On the other hand, the markers of antioxidant defenses will be lower concerning body fat and abdominal obesity. According to the International Diabetes Federation, the metabolic syndrome occurs as a result of the following diseases:

High body mass index (BMI) levels in patients with metabolic syndrome impair liver signaling. Recent studies have shown that oxidative stress is also considerably involved in the pathogenesis of this syndrome, as it can cause damage to the insulin secretion of beta-pancreatic cells and in the transport of glucose in muscles and adipose tissue.

The accumulation of visceral fat increases systemic peroxidation of lipids and damage through the excessive production of free fatty acids and cytokines, causing systemic oxidative damage.

Therefore, several studies have hypothesized that, due to the more significant oxidative stress in obesity, the risk of developing a metabolic syndrome is much higher in overweight or obese subjects.

They also focused on how oxidative stress and mitochondrial dysfunction contribute to tissue and cell damage in metabolic syndrome and type 2 diabetes, both characterized by disturbances in fatty acid metabolism and the accumulation of free fatty acids (FFA) in non-adipose tissue.

Individuals who consume a significant amount of fat in their diet show an overproduction of superoxide in the mitochondria and skeletal muscle fibers. 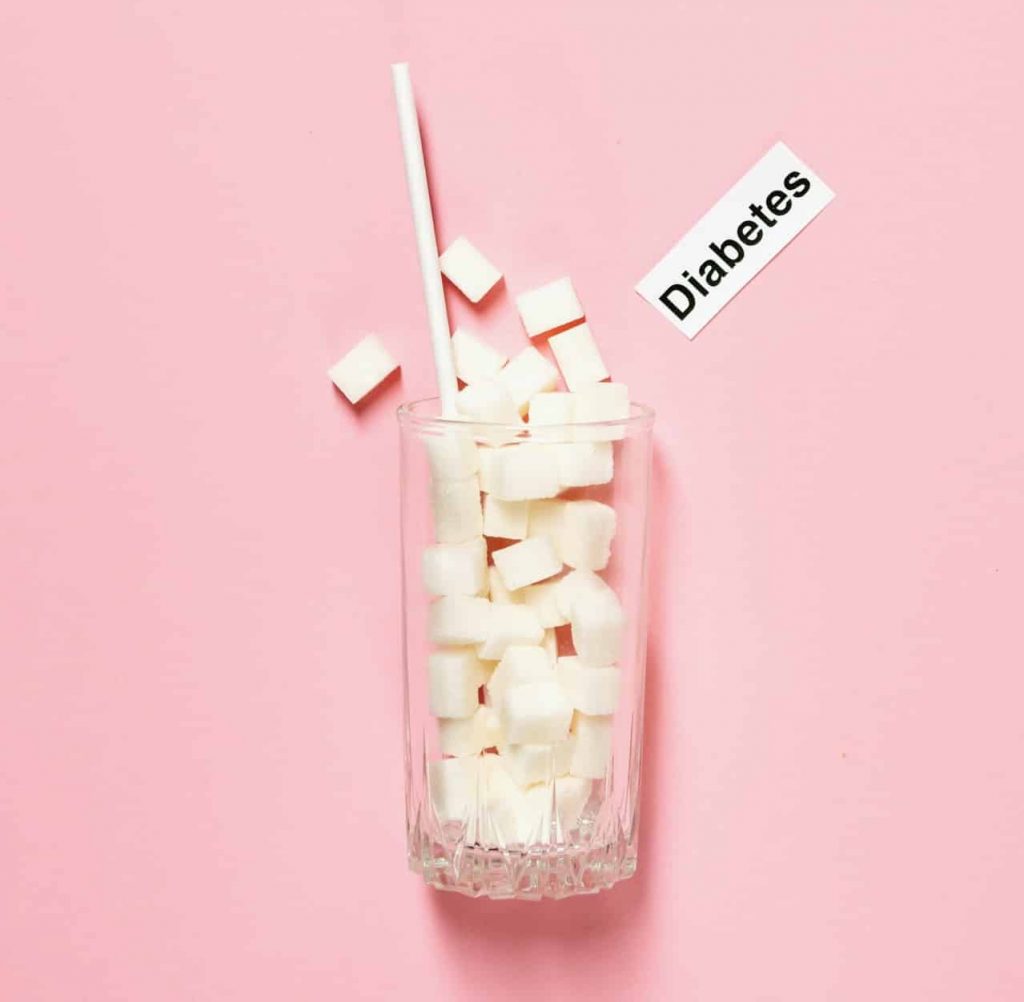 Type 2 diabetes mellitus is a condition characterized by elevated blood glucose levels against a background of insulin resistance. The link between hyperglycemia and obesity involves several cellular mechanisms, including:

The above mechanisms induced by hyperglycemia are activated mainly by ROS overproduction in the mitochondria. In this case, oxidative stress determines a further worsening of the functions of the beta cells involved in the pathogenesis of type 2 diabetes, promoting phenomena connected to the pathology mentioned above, such as glucotoxicity and lipotoxicity.

These cells, made sensitive by the lower quantity of antioxidant enzymes present, will perceive more damage induced by ROS production.

All of these stressors can induce an inflammatory response. In conclusion, in obese or overweight subjects, when fatty tissue dysfunction occurs, glucotoxicity and lipotoxicity will act at the pancreatic and hepatic levels, causing a malfunction of pancreatic cells and a condition of insulin resistance in the liver.

Finally, abnormal changes in the cytokine profile in the serum increase the development and persistence of the diabetic state, which can be directly linked to obesity.

Conclusions On The Link Between Obesity And Oxidative Stress

It is clear that metabolic stress causes obesity or can have consequences on obesity. Among the various hypotheses formulated on the causes involved in the development of obesity, there’s a consensus that the organism’s redox balance can play an important role.

Much evidence emphasizes how genetic, epigenetic, and lifestyle factors combine to unbalance this equilibrium. Low-calorie diet plans are aimed not only at weight loss but also at balanced antioxidants outcomes.