What Is Memory Loss ?

Memory loss (or amnesia) consists of the partial or total inability to remember past, recent, or more remote experiences. In severe cases, the person with amnesia may not even be able to acquire new memories permanently.

Normally, memory capacity depends on the interaction between the cerebral cortex and other regions of the brain. This process includes the acquisition of new information, association, and retrieval. An alteration of any of these phases can cause amnesia.

Memory loss can be:

The disorder can also be classified as retrograde or anterograde when it is impossible to remember the events that preceded the causal event or store new memories following it. Furthermore, amnesia can be divided into global, which relates to all sensory modalities and the whole past, or sense-specific, which concerns a single sensory modality, as in the case of agnosia.

Depending on the nature of the problem, memory retrieval can be full, partial, or non-existent.

Damage that compromises recent memory and the ability to acquire new memories is often due to degenerative processes, brain trauma, and lesions of a vascular or ischemic nature, bilateral or multifocal. Memory disturbances on a psychological basis, on the other hand, can derive from severe psychic stress or dissociative amnesia. 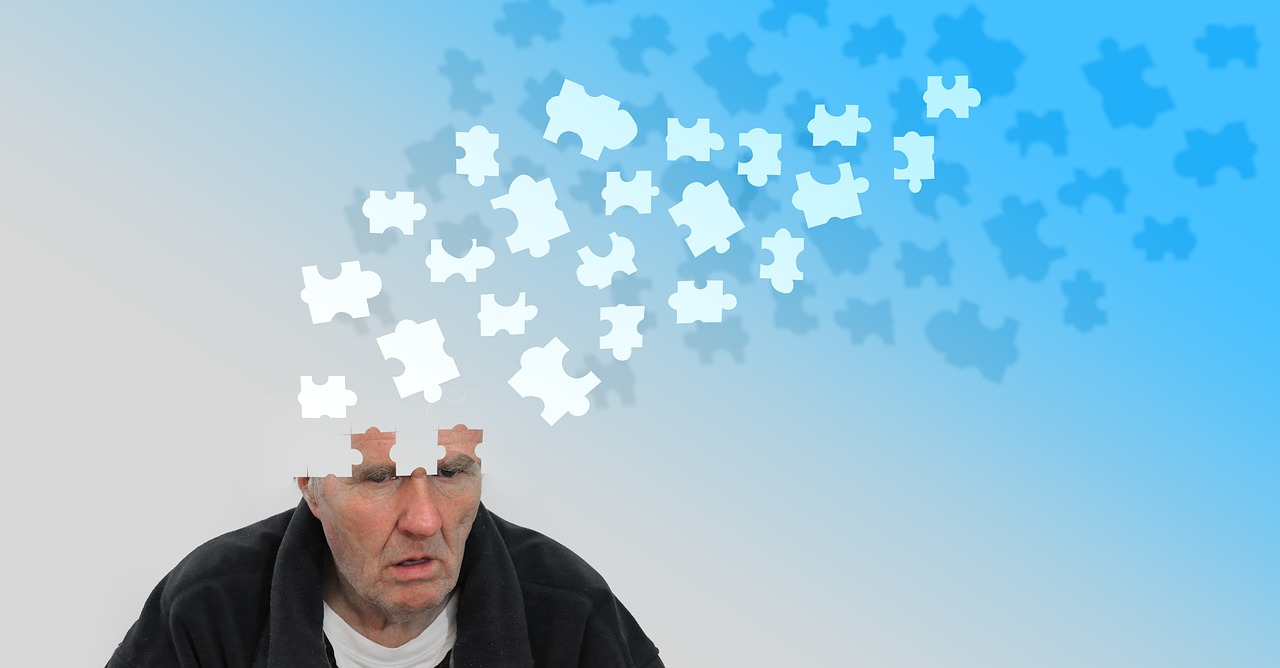 An amnesiac state can also derive from tumors, metabolic disorders, nutritional deficiencies, for instance, thiamine deficiency, and intoxication with various substances such as excessive alcohol ingestion, chronic inhalation of solvents, use of large doses of sedatives, barbiturates, or benzodiazepines.

Seizures or migraines can also cause memory loss.

What Happens With Memory Loss?

Memory loss can be a symptom of brain malfunction. It is one of the most common reasons for medical consultation, especially for the elderly. Sometimes family members notice and report memory loss.

The primary concern for the person, their family, and their doctors are usually whether the memory loss is due to early signs of Alzheimer’s disease, a progressive and incurable form of dementia. People with dementia have lost the ability to think clearly. Usually, if they are aware enough of their memory loss to worry about it, they do not have dementia praecox.

Key Point – People who are aware of their memory loss generally do not have dementia.

Memories can be stored in short-term or long-term memory, depending on what they are and how important they are to the person:

The most common causes of memory loss are:

Age-related memory changes refer to the normal decrease in brain function that occurs as people get older. Most older people have some memory problems. Retrieving memories of new things, like the new neighbor’s name or using a new computer program, takes longer. Older adults also have to repeat new memories more often to retain them.

Those who suffer from this memory loss sometimes forget things, for example, where they put their car keys. But for them, unlike people with dementia, it doesn’t stop them from carrying out daily activities or thinking.

Given enough time on their hands, these people usually remember, although sometimes later than necessary. This memory loss is not a sign of dementia or early Alzheimer’s disease.

Mild intellectual deficit is a loose term used to describe deficits in mental function that are not severe enough to affect daily activities. Memory loss is often the most obvious symptom. Memories are lost, not just hard to recover, as occurs in people with age-related memory changes.

Dementia is a much more serious decline in mental faculties. Memory loss, especially for recently acquired information, is often the first symptom and gets worse over time. People with dementia can forget entire events, not just details. The subject can also behave in the following way:

Finding the right words, naming objects, understanding language, doing, planning and organizing daily activities becomes more and more difficult. People with dementia are eventually disoriented and don’t know what time it is or even what year it is or where they are. Their personality can change. They may become more irritable, anxious, paranoid, inflexible, or destructive.

However, people with memory loss due to depression, unlike those with dementia, are aware of their memory loss and complain about it. They also rarely forget important current events or personal matters and usually experience other symptoms, such as intense sadness, problems sleeping, lethargy, or loss of appetite.

Stress can interfere with memory formation and retrieval, in part by making people worry and preventing them from paying attention to other things. However, stress can improve memory in some circumstances, particularly when it’s mild to moderate and doesn’t last long.

Many disorders can cause a deterioration in mental function, which resembles dementia. Some of these ailments can be healed with treatment, including:

Other disorders are only partially reversible. These include disorders that interfere with the blood or nutrient supply to the brain, such as cardiac arrest and some types of strokes. They also include abnormally long seizures, head trauma, brain infection, HIV infection, brain tumors, and substance abuse such as alcohol.

Memory is affected in delirium, but memory loss is not the most obvious symptom. On the other hand, people suffering from delirium are very confused, disoriented, and incoherent. Severe alcohol withdrawal (delirium tremens), severe bloodstream infection (sepsis), lack of oxygen (as with pneumonia), and many other disorders can cause delusions, just as drug use can cause.

How To Assess Of Memory Loss

When examining memory loss, doctors must determine whether the cause is delirium or another reversible cause. Reversible causes need immediate treatment.

Doctors then try to determine whether the memory loss is due to normal age-related changes in the brain, mild cognitive impairment, depression, or dementia praecox.

In people with memory loss, some symptoms are cause for concern:

When To See A Doctor

People who don’t have warning signs but are concerned about their memory or have difficulty performing basic daily activities should contact their doctor. Based on other symptoms and severity, he can determine how quickly a consultation is needed.

For depression, treatment involves medication, psychotherapy, or both. If an age-related memory change is the only cause, the problem is usually not serious. These changes do not mean that mental function will decline substantially and that there are ways to compensate for the losses and improve mental function.

People who are concerned about memory loss are often recommended a few general health measures:

Some experts recommend the following:

These activities can help maintain or improve mental function, possibly because they strengthen the connections between nerves. Strong nerve connections help people delay the decline in mental function that results from changes in the brain and help compensate for that decline.

For dementia, drugs called cholinesterase inhibitors, such as donepezil, galantamine, and rivastigmine may be used, particularly in people with Alzheimer’s disease or dementia with Lewy bodies. In some people, these drugs can slightly and temporarily improve mental function, including memory. A medication, memantine, may also be used with the cholinesterase inhibitor.

Aducanumab is a new drug used to treat Alzheimer’s disease. However, many specialists disagree about which individuals can use the drug or even whether or not the drug can be used.

A mild intellectual deficit can be treated with donepezil. This drug may temporarily improve memory, but the benefits seem small. No other drugs have been shown to help.

No treatment can restore mental function or completely stop the progression of dementia. Treatment of dementia thus focuses on protecting the person and providing help during the decline.

If the memory loss is relatively severe or if family members are concerned about the safety of their loved one, a physical or occupational therapist can assess the person’s whereabouts. They can advise on how to avoid falls and other accidents, and can suggest protective measures, such as hiding knives, unplugging the stove, and stealing car keys.

A support environment has the following characteristics:

As we age, most people start having memory problems. Usually, memory loss is caused by normal age-related changes in the brain and does not lead to dementia. Understanding these changes can reduce anxiety and help people adjust and make up for the loss.

However, approximately 14-18% of individuals over 70 have a mild intellectual deficit.

Strategies that can help people deal with memory decline include:

Making sure they can hear and see correctly can help people stay connected with others and participate in social activities. This participation helps people maintain self-confidence and often improves mental function.

Memory Loss – When Should You Worry? 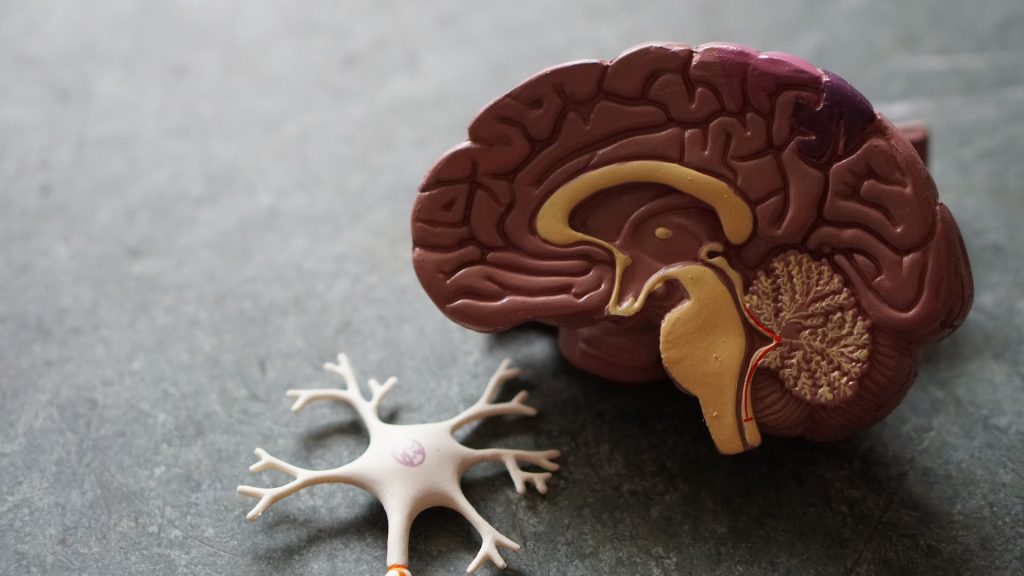 Is cognitive decline a problem that sooner or later you have to deal with? Who hasn’t forgotten where they parked their car or forgotten an important deadline?

The most pessimistic view is that these signals are the precursors of serious degenerative diseases like Alzheimer’s. However, one must not confuse physiological situations, even those related to age, the effects of which can, to some extent, be prevented with a balanced lifestyle, with pathological conditions such as those of neurodegenerative diseases.

Neurodegenerative diseases, which involve the death of brain cells, can manifest themselves in various forms of dementia. Dementia is, unfortunately, becoming an ever-widespread problem. This can be explained by the increase in the population’s average age, although advanced age is only a risk factor for this pathology.

Other problems such as depression, arterial hypertension, diabetes, and cardiovascular disorders expose the danger of dementia.

The real alarm should be triggered when real signs of change are noticed, which do not involve only the cognitive sphere such as memory impairment, but also the behavioral and affective one: a deflection of mood or a state of anxiety, sometimes with an impoverishment of language or the difficulty in solving everyday problems.

Those suffering from these disorders are not always aware of it, while it is easy for relatives or closest people to notice it. However, the situation has numerous nuances, and too often, there is a tendency to give labels of disease that are not so appropriate.

The clinical picture must be investigated with the tools available to the specialist, such as an accurate anamnesis and a neurological examination with internationally standardized neuropsychological tests.

Sometimes more sophisticated instrumental examinations become necessary, such as magnetic resonance, PET (Positron Emission Tomography), which evaluates metabolic alterations of the brain in selective areas, and the analysis of other markers such as the investigation of the cerebrospinal fluid.

Despite the great process of diagnostic development, to date, therapy is mainly oriented towards dealing with the symptoms of the disease: it is essential to associate non-pharmacological therapies, including psychosocial treatment, in addition to cognitive rehabilitation.

If instead we talk about initial and uncertain cognitive decline, we must take into account the weight of an hectic lifestyle as well as various factors, including emotional malaise.

An increasingly heavy burden of information burdens us, and it is easy for an anxiety disorder to take over, with the result of experiencing a subjective memory disorder.

Who does not remember exams and questions? Shortly before the test, anxiety makes us always seem to forget what we just studied so hard for – Instead, the information is still in our head and ready to emerge as soon as we regain some peace of mind.

It doesn’t matter if, after years, some notions have been lost. However, some healthy habits can help us keep our minds trained and activate our cognitive reserve.

Sudoku and crossword puzzles are fine, but even more important can be reading books, listening to good music, studying a language, or practicing an instrument, even as an adult. Nutrition and physical activity can also help us in this sense: in the first case, the best choice is represented by a diet rich in antioxidants.